A couple of weeks ago I went to visit Miriam Vlaming in her atelier in Berlin. It became very clear what she meant as she said:

(eng. “I am literally moving around in Eden”)

The atelier was overflowing with enormous, colorful, canvases – exploding with life, vitality, represented by nature, plants & human beings. The artworks for the exhibition Eden – is not just works of art – they are bodies of work. They hold a vitality, lushness, richness, humanity and identity.

The first time I talked to Miriam was in relation to the exhibition “Muse”. This time I went to see her almost finished works for her solo exhibition Eden in Leipzig @Galerie Dukan. Before my visit in Miriam Vlamings atelier I wondered what meaning the concepts, Eden and Muse, actually hold – which qualities could be assigned to the concepts of Eden and Muse? And would it show in her new works, would I be able to detect Eden in the artworks and in what way?

The concept of the Muse has a lightness to it, it has an elusive quality, continuously transforming and continuously transcending. The lifespan of a muse, the temporal expansion in which the muse would be experienced is short and only once will the muse appear in one particular form. If and when the muse reappears, it would have changed, transformed and you would never experience it as the same. This lightness, continous transformation and transcendence doesn’t hold any sadness. The muse doesn’t know of sadness. With the lightness a pure property is included, it is pure aesthetics, the muse has no physical existence rather an elusive, light, aerial quality, weightless and without depth. Depth in the sense of missing contrast, it is one-sided and yet complex. 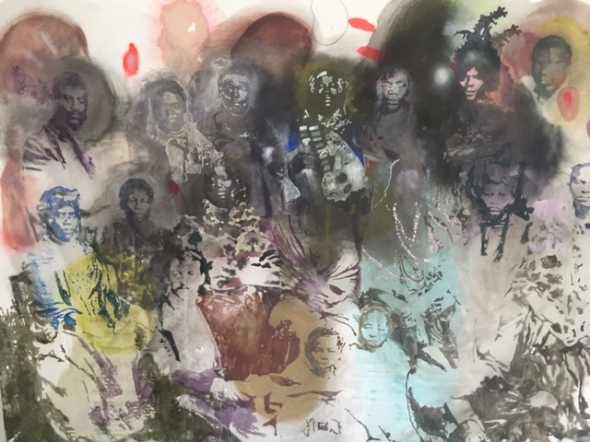 And then the properties and qualities of Eden. Eden (not going too deep into the religious aspects), it only exists in our past, a place in our imagination, so far back in our memory, that you as human being have close to none bodily memory about Eden. You access Eden only through your own cognitive ability to conceive the notion of Eden. Eden is contrast, conflict, entirety and harmony, it holds a fixed temporal motion, the creation of human being, not eating the apple of the tree of life, but eating the apple from the tree of knowledge.

A property of Eden is a heaviness along with the lightness, the harmony is created through the unity of the conflicts, contrasts and dialectics. There is both lightness and the heavy depth – in harmony in Eden. It is distinctively different to paradise where no cruelty exists, in Eden however cruelty exists alongside of joy, softness, It’s temporal aspect is continuously constant, it is a fixed timespan, a fully enclosed circle of events. While represented and implying evolution and creation.

Now seeing the artworks for the exhibition Eden gave me the sense that maybe these artworks embodied exactly this elusive, continuously changing expression which would be assigned to the muse concept. 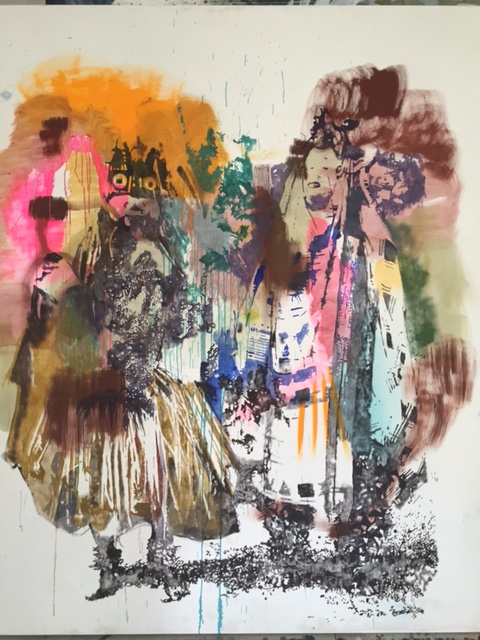 When experiencing the artworks of the two exhibitions, I sense a distinct difference, where the artworks in the Muse collection present themselves to a higher degree as the exploration of the muse as a concept and the works of art in the Eden collection seem to embody the artistic state in which the muse would appear.

The Muse collection artworks are exploring and experimenting with lightness, inspiration, the elusive and joy. The paintings of the Eden collection expand and embody the actual muse.

In retrospect the Muse artworks appear in a much higher degree to be the beautiful result of an abstracted and metaphorical study of the aesthetic notion – you could characterize it as an emotional and intellectual study.

The content and expression has evolved from abstracted metaphorical study of the muse to being embodied in Miriam Vlamings works. The artworks has a body into which the muse is organically woven in a harmonious exchange with the various themes that Miriam Vlaming presents to the viewer. That is humanity, identity, heritage, evolution, the thought juxtaposition between nature and culture, which in Vlamings artworks doesn’t represent a conflict, much more the harmony, the inevitable connectedness with nature that humans live, experience and can not escape. Through playful yet serious experimenting with the appearance of our exterior, our human body – we seek identity, recognition and meaning. 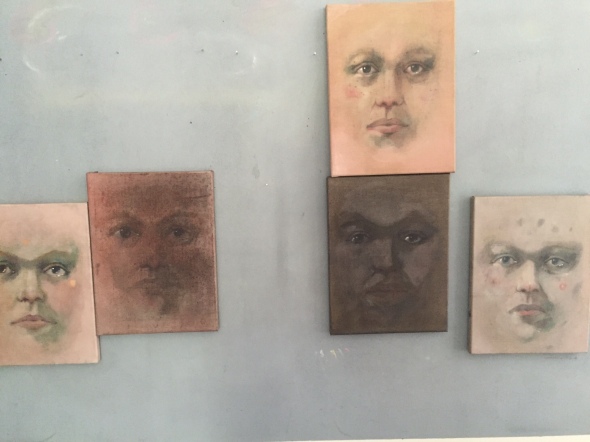 Our inherent nature is to dress, disguise our bodies through means of objects, such as jewelry, textiles as well as directly imprinting our skin surface and changing color, length of hair and nails. 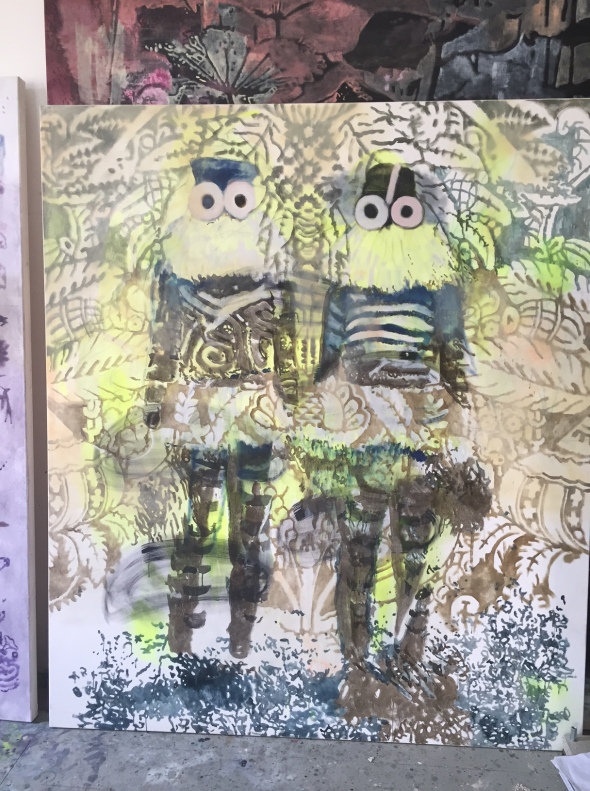 How we appear and position ourselves to and in our surroundings is inherent for human beings. How we play and experiment with our exterior has always been a part of the human nature. We are merely a part of nature – when humans are incapable of explaining certain phenomena – it might be that we are too close to the phenomena in question to be able to understand and explain it. We are in term too close because we are in middle of it and would never be capable of grasping the entirety of certain phenomena. Eden embodies the Muse, surrounds it, shows it without explicitly telling. Vlaming seems to be pointing to the simple fact and paradox of being a human – while searching to distance ourselves from nature, we often forget that we are nature and can never overcome our body – the organic object – our access to nature and to our surroundings.

In Eden Miriam Vlaming struck that inspirational nerve – she expanded the muse and gave it weight with a beautiful existential depth.

The interview with Miriam Vlaming about time, perception and the exhibition Muse can be found Right here 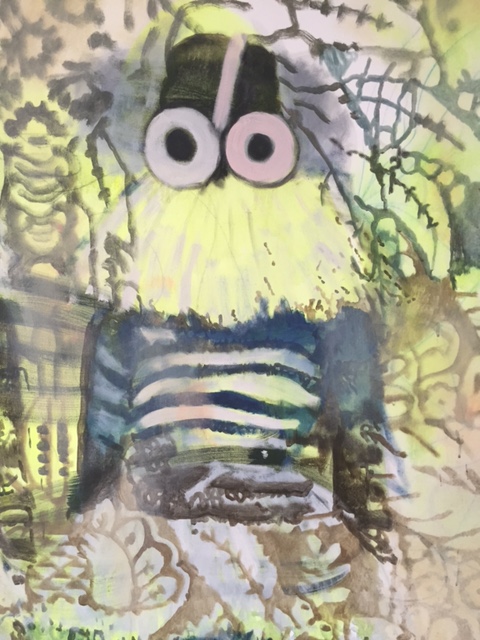